View Item
JavaScript is disabled for your browser. Some features of this site may not work without it.

The Morphology of the Tasmantid Seamounts: Interactions Between Tectonic Inheritance and Magmatic Evolution 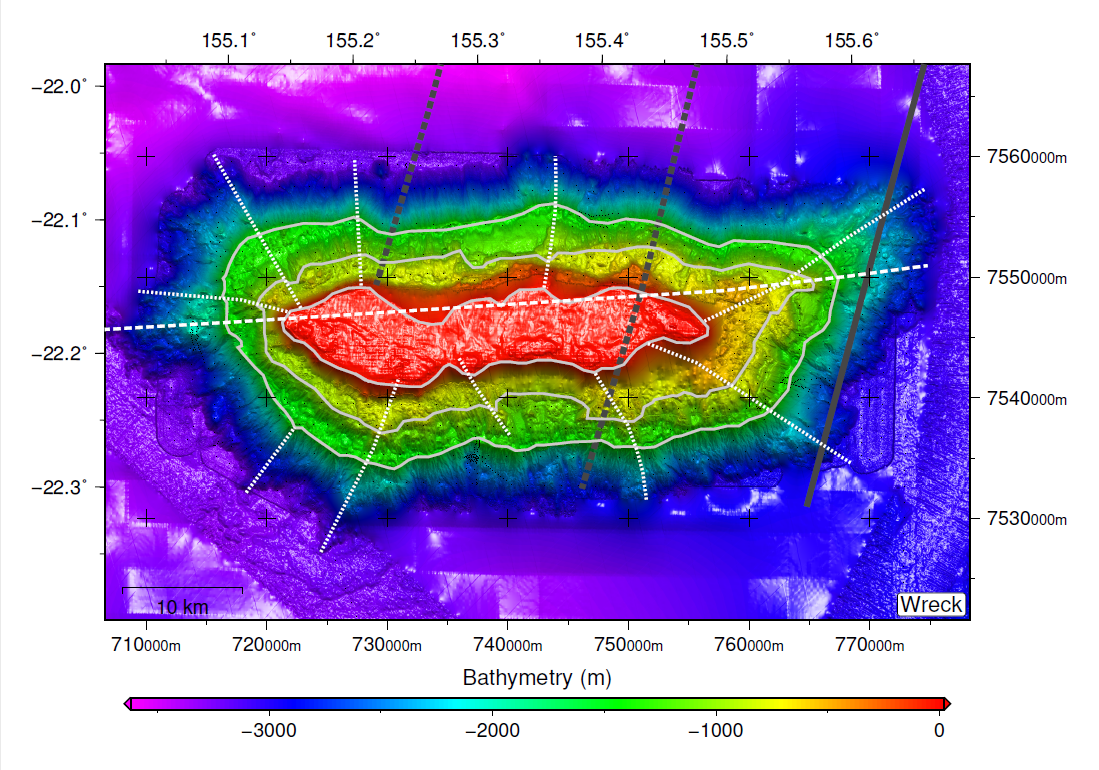 University of Edinburgh. School of GeoSciences

Relation (Is Referenced By)

Data associated with the publication: Richards, F. D., L. M. Kalnins, A. B. Watts, B. E. Cohen, & R. J. Beaman. (2018). The morphology of the Tasmantid Seamounts: Interactions between tectonic inheritance and magmatic evolution. In revision at Geochemistry, Geophysics, Geosystems. Paper Abstract: Basement structure is known to exert strong magmatic and morphological control on continental volcanoes, but relatively little is known about the structural control of submarine volcanoes. Here we investigate the morphology of the Tasmantid Seamounts, a >2400 km long chain of age-progressive intraplate volcanoes, ranging from 56 to 7 Ma. The seamounts are emplaced over the extinct Tasman Sea spreading centre, which was active between 84 and 52 Ma. While thick sediment (∼1 km) obscures much of the basement, detailed morphological and geophysical analyses of the seamounts reveal a strong correlation between tectonic setting, seamount orientation, and volcanic structure, despite the ≥20 Ma interval between spreading cessation and seamount emplacement. Seamounts emplaced on fracture zones or spreading segment-transform fault inside corners are typically large and elongate. Where original morphology is preserved, they often appear rugged and predominantly fissure-fed. By contrast, comparatively smooth, conical seamounts with isolated dyke-fed flank cones are often found mid-segment and at outside corners. Volcanic fabrics also align closely with the expected principal stress directions for strong mechanical coupling across transform faults. This behaviour suggests the lithosphere is dissected by numerous deep faults, channelling magma along pre-existing structural trends. Generally low effective elastic thicknesses (<10 km) and lack of correlation with plate age at emplacement suggest that structural inheritance is also a major control on lithospheric strength near the extinct spreading centre. Our study clearly demonstrates that, like in the continents, structural inheritance in oceanic lithosphere can exert significant control on the morphology of submarine volcanoes.

The following licence files are associated with this item: