gruntCount
JavaScript is disabled for your browser. Some features of this site may not work without it. 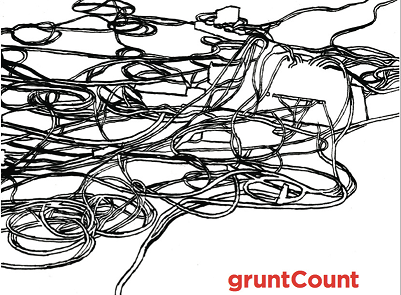 gruntCount is a computer music system as much as it is a piece of music. Like playing a computer game, the performer steps through a landscape of possibilities that teeter between the scripted and the surprising. Rather than a joystick interface however, it’s the player’s sounds (or grunts) that move the piece forwards. The order of the settings is decided in advance of a performance but their behaviour has to be coped with in situ. The shifting relationship between player and computer makes it impossible to play in the same way twice.

This collection is a set of developmental recordings that show how the piece and interactions with various players evolved.